The Future of Audio

Gear is what fascinates us. The best tools for capturing lifelike audio, all those breathtaking instances of sound that deserve to be recorded or transmitted. The best tools for processing, and the best tools for making all these very special moments come alive again during playback. “Products” will introduce you to extraordinary stories surrounding exceptional audio solutions.

Scroll down to explore more

„We will make a difference!“

Gear is what fascinates us. The best tools for capturing lifelike audio, all those breathtaking instances of sound that deserve to be recorded or transmitted. The best tools for processing, and the best tools for making all these very special moments come alive again during playback. “Products” will introduce you to extraordinary stories surrounding exceptional audio solutions.

DJ Robert Miles invented dream house, a genre that attained widespread popularity. On Ibiza, he is now trying to reinvent radio. With his OpenLab, he may even be successful.

Robert Miles, radio was declared dead a long time ago, overtaken by streaming services and other services. Yet you started OpenLab. Why do you believe in radio? Radio may have been declared dead by some people but I think that was mainly due to existing formats becoming tired and the types of music played becoming too predictable. When I started OpenLab I wanted to give my listeners something that had nearly been forgotten – discovery! Radio for me is a medium that’s supposed to give its listeners fresh content to discover and that’s exactly what we do. Today we play the music of tomorrow.

What distinguishes OpenLab from other digital radio offerings? OpenLab is more than just a radio station. We broadcast a unique mix of music and also visuals with everything chosen and curated by human beings. Only the very best alternative and indie music and the work of similarly talented visual artists is good enough.

Do people always understand your ambitious approach? Our audience does. Our aim since day one has been to connect with the creative global community, trying to involve designers, architects, composers, musicians, writers and so on, and make them part of what we do on many different levels. The positive feedback and encouragement we’ve received since we launched has always hugely exceeded our expectations so I guess we must be doing something right.

Nowadays everything is about self-determination. Doesn't a radio station run counter to this trend? After all, it dictates the music to listeners and doesn't allow them to participate. It isn't inclusive. But this is exactly where OpenLab will make a difference! Yes, we currently suggest music and visuals to our audience but once our subscription services are implemented on the new website, our audience will be able to chose what to listen to and view. Users will have all sorts of options in terms of when to listen, what to listen to and how to listen to it.

You grew up with radio. There must be a certain element of nostalgia with your project. I think it’s just the natural evolution of my life. I’ve been involved with radio since I was 17, then got diverted into the music industry and the global solo artist and DJ experience. From that I gained a great deal of knowledge about how the record and publishing industries work and now I’m applying everything I’ve learned plus a huge amount of passion and love into one project.

What kind of music will NEVER be played at OpenLab? Music that doesn’t have depth or lacks credibility in terms of its production, arrangement and mix. We only play music that’s genuine. So far we have more than 1000 indie labels sending us their releases. They’ve finally found a home where their artists can have the same amount of exposure and space that mainstream artists find in mainstream stations.

„I give my listeners something that had nearly been forgotten - discovery! Today we play the music of tomorrow.“

„OpenLab is like Ibiza used to be - but with a 21st century touch and vision.“

Would you say that the music and the visuals are of equal value? Music and visuals are equally important to OpenLab. We spend many hours a day looking for new content. I personally listen to an average of up to 500 tracks a day from which I’ll select a maximum of 15 to 20 tracks in a week that will be included in our playlists. We also work with a circle of architects, designers, painters and photographers. We give them exposure to a wider audience through our various platforms and they help us in selecting fresh content. It’s a win-win relationship that helps both sides.

Do you think OpenLab would have worked without your famous name? I believe so. People don’t listen to OpenLab because Robert Miles created it. They listen because they like its alternative output and fresh approach to things. People out there are tired of the usual formula. They’re looking for something a little more sophisticated and that’s where we come in.

OpenLab went live in the summer of 2012, almost exactly three years ago. How has the project grown over time? The project has been in my head for at least 10 years. I just had to wait for the technology to arrive on Ibiza that could deliver high-quality media on a global scale to millions of users. I’ve always thought that Ibiza would be the perfect place to have a base and give birth to my ideas but the internet here was very bad at first and it was almost impossible to stream live. Slowly the lines became better. I first started streaming from my place in the countryside. I had 100 listeners in the first month which increased to 250 the following month, and so on. That’s when we to rent a frequency and by end of that first summer we had tens of thousands of listeners on both online and FM platforms. Today we have a reach of 850,000 people worldwide and are preparing to enter phase two of the project; subscription services, hi-fi & hi-res content, an online store and social features will all be implemented on our new website which is due to launch at the end of 2015.

You've made a spectacular entrance to Ibiza's summer. Some people say this was due to a series of clever bookings. How do you choose your bookings? We try to create events in locations that are not mainstream and have an alternative approach. Initially we started on a very small scale with a series of dinners in a small restaurant during the winter, the old ‘Sirocco’. After that we tried out a few other venues like Sankeys and Destino before eventually settling on Elements in Beniras. We’re currently running OpenLab Sundays at Elements every Sunday from 4pm to midnight. It’s one of the best spots on the island to experience Ibiza’s special sunsets and of course, OpenLab’s DJ's and visuals too. An OpenLab party is like Ibiza used to be but with a 21st century touch and vision.

OpenLab published more than 150 pictures and sketches of future architecture on Facebook. Is this a new field you’re particularly interested in? We are trying to make a statement. It’s okay to have new futuristic buildings as long as they are respectful of the environment and are self-sufficient. It’s okay to use technology to improve our lives as long as we don’t lose the contact with nature and society. It’s okay to push the envelope for a brighter and safer future. We need to change our attitude towards the planet, the environment, violence to other human beings and territorial issues. We should all work together to make the Earth a better place.

In the eighties and nineties, you created the dream house movement. Do you sometimes reminisce about that era? It is what it is: a segment of my life where I was kissed with a bit of luck and was also very naïve. Two key elements in giving birth to music that will click with the masses and become a hit. A happy accident I would call it. It gave me the opportunity to travel the world extensively, learn about different cultures, places, languages and all sorts of other things you could never learn in a school book. I have very good memories of those days, it was good fun and we were very young, so there was lots of energy there to burn! 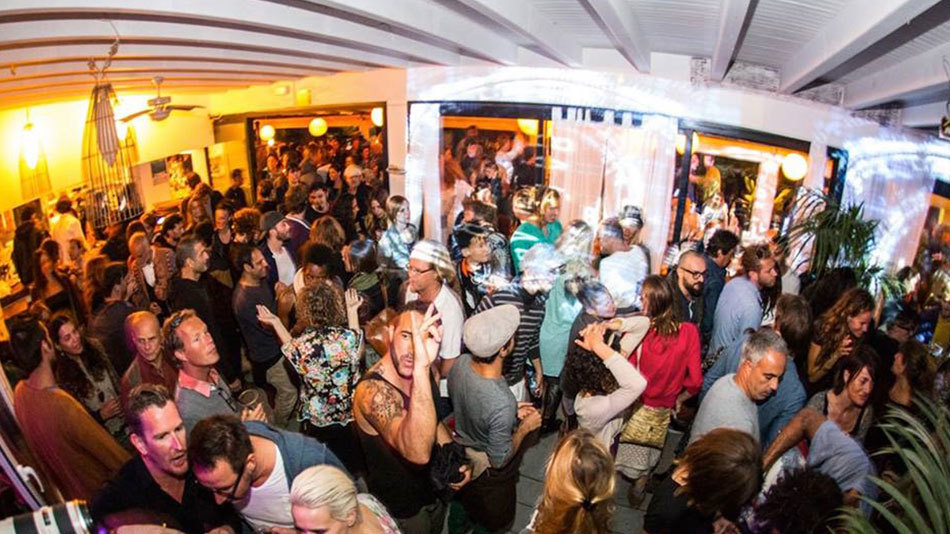 Where do you think Ibiza’s music scene is heading? A new breed of freethinkers, entrepreneurs and forward-thinking people has moved to the island in recent years. There is a real appetite for change and projects such as Heart and OpenLab are some of the first results. Many of the visitors to the island are embracing this change as well so it’s going to be interesting to see what will happen next.

Apart from OpenLab, why is Ibiza still the place to be? Because every time I return I have a sense of freedom and wellbeing. Which is the feeling everybody has when landing here. Ibiza was, is and always will be a place where people gather from all corners of the planet. It’s a multinational, multifaceted island with many ‘tribes’ coexisting and creating things that are unique and at the same time have worldwide resonance. There is no other place like it anywhere on the planet.

Products in this article