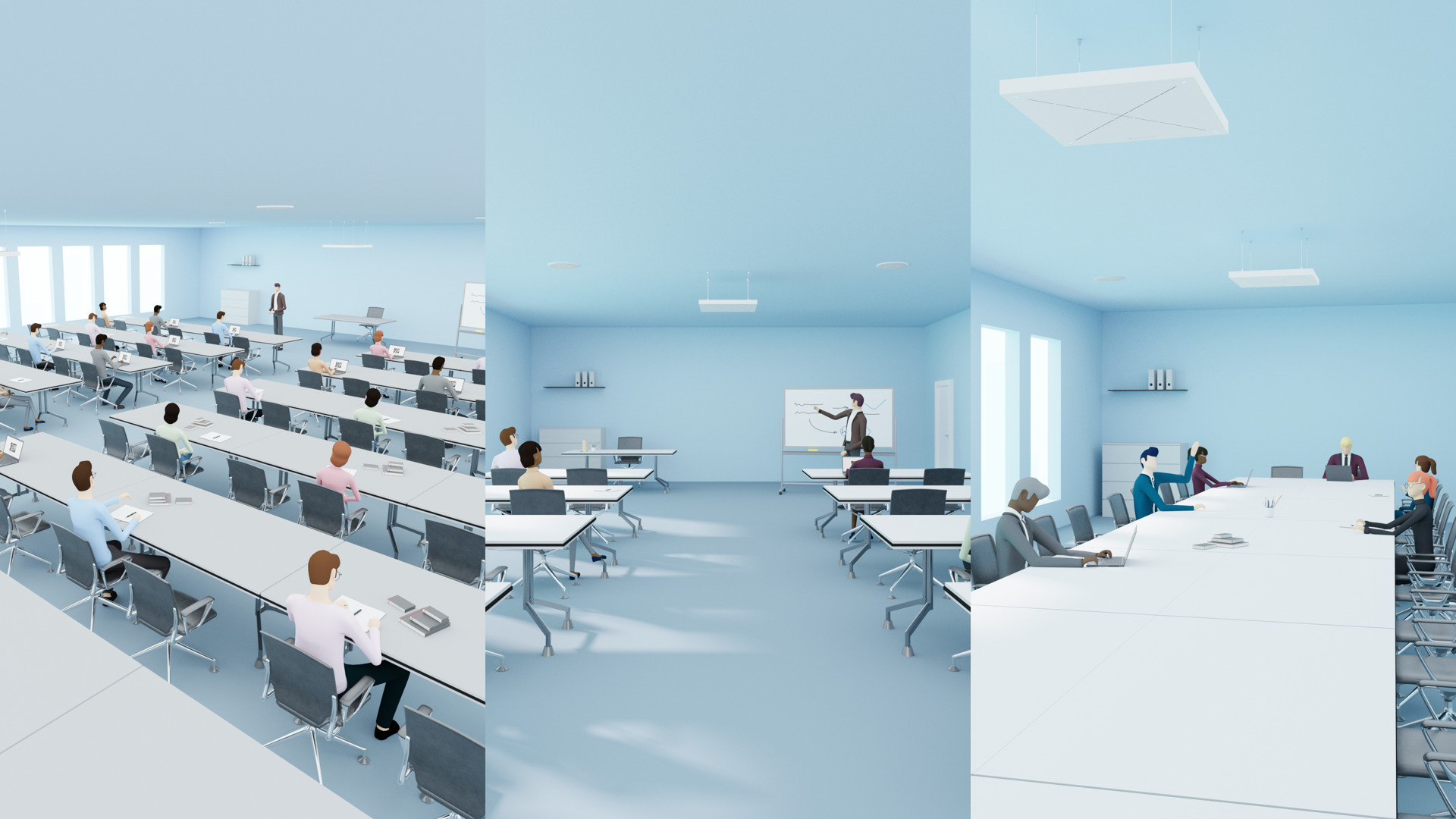 TruVoicelift is Sennheiser's interpretation of the voice lift function as applied to the TeamConnect Ceiling 2 (TCC 2) ceiling microphone solution. A voice lift system is used whenever it is necessary to ensure that the person speaking via a microphone is clearly understood throughout the room. The aim is therefore to achieve good speech intelligibility. The primary objective is to bridge the sound level loss over the distance between the speaker and the listener: the further away a listener is from the speaker, the higher the sound level loss and the softer the speaker’s voice sounds to him.

Sennheiser’s TruVoicelift algorithm, which can be activated and configured, has two features that prevent the occurrence of feedback: the Frequency Shifter and the Feedback Prevent Mute function. In addition, the Noise Gate function prevents unwanted background noise from being picked up by the microphone during pauses in speech. In addition, the Advanced Exclusion Zones ensure that the loudspeakers in the room are not detected as a speech source and thus prevent early feedback in the system.

In which rooms are voice lift systems used?

A voice lift system is used in larger rooms such as:

The decisive factor here is not so much the size of the room as the distance between the speaker and the listener. Assuming an averagely loud voice, the use of a voice lift system can make sense from a distance of 8 to 10 meters.

A voice lift system amplifies a person’s voice in one part of the room only enough so that people in other parts of the room can hear it clearly. It usually increases the speech level in the room by 3 to a maximum of 6 decibels. For a public address system (PA), a much higher level is required, which can only be achieved with close-talking microphones such as headsets, lavaliers or hand-held microphones.

Dive into the exciting world of new features of the TeamConnect Ceiling 2 microphone!

Want to learn more about the new features of the ceiling microphone? We have compiled an overview of all available blog posts for you here: