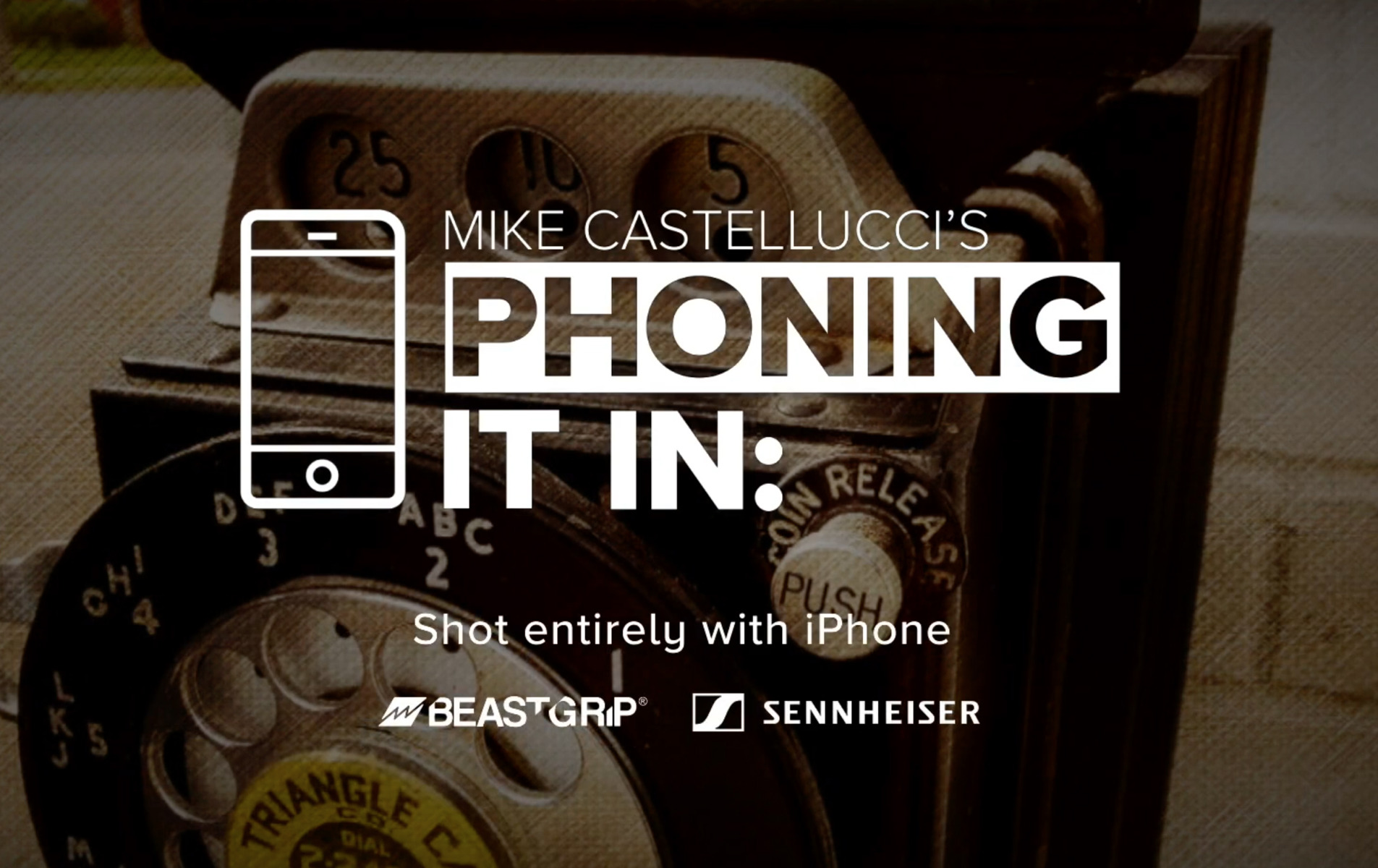 East Lansing, MI, July 19, 2021 – Approximately seven years ago, multiple Emmy-winning news journalist Michael Castellucci wanted to do more with less. As journalists were being forced to downsize and become producers, cameramen, sound operators and journalists all in one, Castellucci was driven to create video news stories on his own — relying on standard, consumer-grade cameras purchased at big-box stores. Since those early days, the quality of his productions has increased exponentially thanks to technology advances within mobile devices and his use of Sennheiser’s audio for video solutions — such as the AVX wireless system and the new MKE 200 and MKE 400 camera microphones.
​

Castellucci’s decision to downsize was prescient: “I think I was one of the only people in the country a few years ago working in a top-five TV market to shoot entire stories just using my phone and a few accessories,” he says. Since then, his syndicated news broadcast “Phoning It In” has garnered multiple Emmy and Edward R. Murrow awards, and has been shot entirely on an iPhone. “It has been six, seven years now, and people are starting to realize that this is the way that it’s going to go.” He also notes that newsrooms are not increasing in size, but diminishing.
​
​At Michigan State, Castellucci teaches dedicated iPhone storytelling courses, while espousing the importance of capturing high-quality audio content. “This generation of students were born with an iPhone on their hip,” he says. “If I can give them the tools to make top-shelf quality content, it is truly gratifying for both myself and the students.”

Sennheiser microphones lie at the very foundation of his ability to capture great audio: “I used the MKE 200 microphone first, and primarily to capture audio sources at very close range,” he says. “When I began using the MKE 400, it really opened up my ability to capture other environmental sounds, as well as dialog.”

Listen and the story will come
​One of the most important lessons he teaches his mobile journalism students is to ‘just listen’. “Whenever I get to a location of a story, the first thing I do is listen,” he explains. “No matter what the story is — if there is a bus going by, then we are going to shoot the bus going by. If it is a bunch of kids sledding down a hill, then you are going to capture the yelling of the kids. This is what I tell my students all the time, that the first thing you do is listen and then you keep listening.”

Thanks to a built-in headphone output on the side of the microphone, the MKE 400 allows Castellucci to monitor his audio sources and levels ‘as it happens’, with the volume control easily accessible. Meantime, a locking screw on the connector cable brings an added measure of security: “I don’t know if there are any other mics on the market with this feature and it is great because if a cable pops out, it can kill a segment,” Castellucci says. “Operationally, this microphone has never failed me. If you are capturing a moment, you have to make sure your gear is working properly otherwise it’s all over.”

Other features he depends on are the low-cut filter, which helps eliminate low frequencies and rumble when recording dialog, and the furry windshield, which he routinely uses while recording outdoors.

Most important, the audio quality he is capturing with the MKE 400 is unsurpassed: “This is the best shotgun mic I’ve ever experienced in my seven years of doing mobile journalism,” he says. “I’ve used a lot of others, but this is the most crisp and clear sounding, and it is easy to use. I don’t know the insides and outsides of the tech, but I know what’s good and what works.” One of his goals as an instructor is to make sure that his students are equipped with the tools to make their work more professional: “How do you stop the shake, well, you put the iPhone on a tripod and all of a sudden you are 100 times more professional. The next question might be, ‘How do you get good audio?’ Well, you get the right tools - in this case, I love the MKE 400.”

Capturing the moment as it ‘happens’

Part of what has made Castellucci so successful over the years is that he is ‘always ready’ when a news moment ‘happens’. “I used the MKE 400 exclusively on a story that I just did, and I was fully prepared,” he says. “These ‘moments’ always seem to happen with immediacy, and very often, and you need to be able to capture it right away.” He says the MKE 400 mic helps bring his audience into these moments with immediacy and authenticity: “A great shotgun mic is essential to capture your environment,” he says. “Whether it is a trash truck I hear outside, or people enjoying their time at an apple cider mill. The audio helps tell the story and the MKE 400 helps me capture this in very high quality as it happens.” ​

While Castellucci’s office shelf is consumed by prestigious journalism awards recognizing his years of work and innovation, he is squarely focused on the future — and ensuring his students are ‘tuned in’ to great audio. “I don’t know where this industry is going, but I know it’s not going backwards! One day I hope to patent a shirt that says, ‘Technology changes, storytelling never will.’ If you can use technology to your benefit — like acquiring crisp, intelligible audio — your storytelling is just going to be that much better.”

The high-resolution images accompanying this press release plus additional photos can be downloaded here.