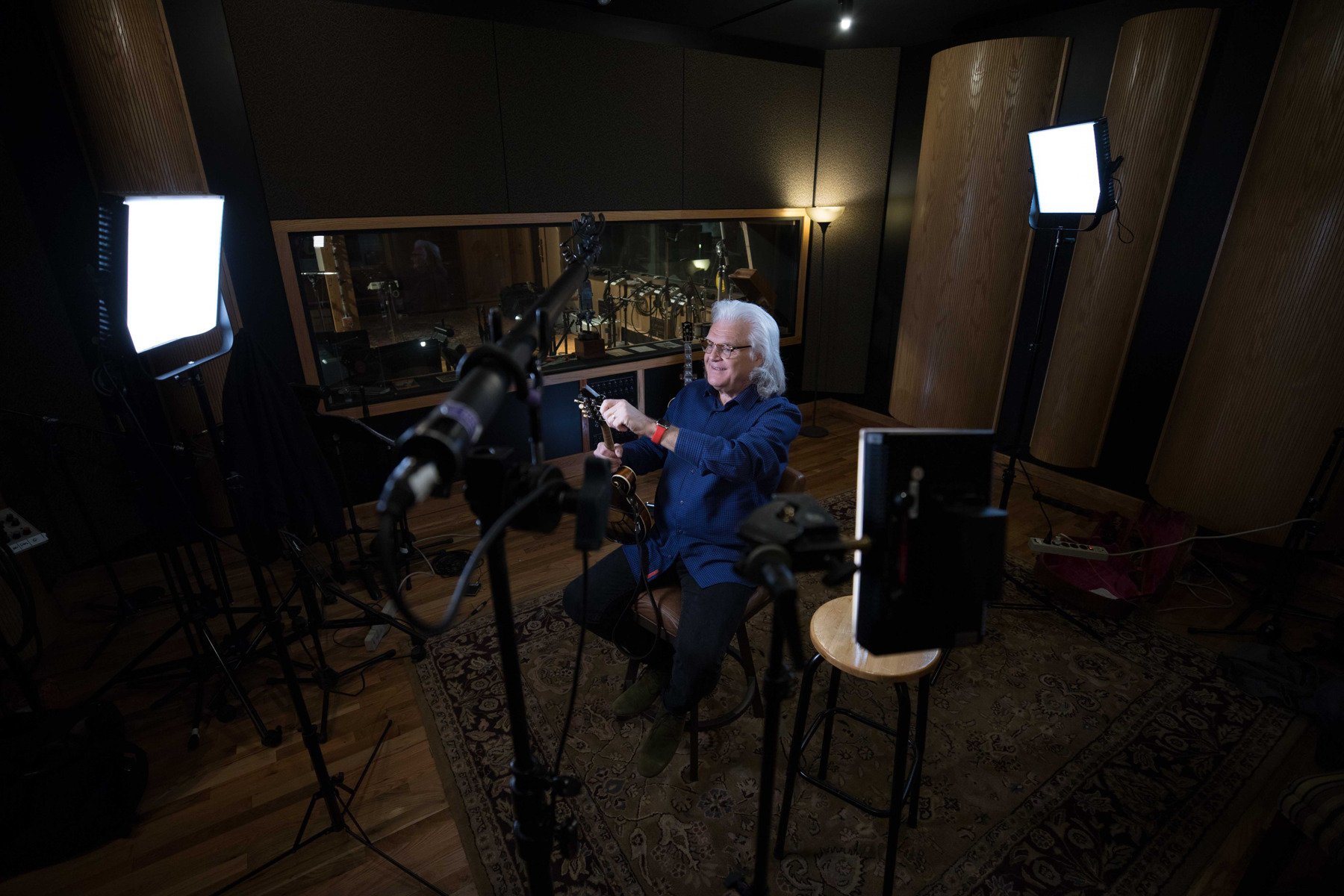 Bluegrass artist Ricky Skaggs was recently inducted into the Country Music Hall of Fame. Skaggs’ first foray as a musician began at the tender age of five, when he played alongside his father at church and in other neighborhood performances. In the years since, Skaggs has played with Bill Monroe, Emmylou Harris, The Country Gentleman, Phish and Bruce Hornsby, and is also the youngest person to be inducted into the Grand Ole Opry. For Skaggs, it is his realization that his talent could serve as a gift for others that has enabled him to have a successful and rewarding career.

In order to best share his talents with others, Skaggs, who still performs with the mandolin his father gifted to him as a child, relies on classic instruments and equipment. “My mics of choice have always been Neumann,” he says. “I started buying ‘em early, when I came to Nashville. CBS was going out of the studio business, so I got my first 47 there. I love that vocal mic, I used it so much on my early records and on so many people, so I got another one. Then I got some vintage Neumann M 269 mics that I fell in love with,” he adds. “They are the best piano mic ever. On the road, I also use Neumann mics. I’ve got the TLM 103 on the mandolin. It has a big ol’ mandolin sound and it makes ol’ Mad Mon [his mandolin] just sing. I also use the KSM 105 for vocals and on the fiddles. Those are great vocal mics for all of us. And, of course I use the Sennheiser wireless in-ear monitor rig. Not having wedges on stage, we can get that mandolin mic as loud as any of the other instrument.”

Having a clean stage also means that Skaggs has a clean performance. “It’s so good to not have anything phase-shifting into the microphone,” he explains. “We can use these great big diaphragm mics and we sound like a CD out in the house. We sound like they’re playing a record; it’s so great. There’s just no phase cancellation whatsoever.” Though unique technical approaches will always prove to be a helpful guide, one of the most important lessons that Skaggs passes along to the next generation of artists is to “stay humble, be thankful, be grateful. It certainly has worked for me.”