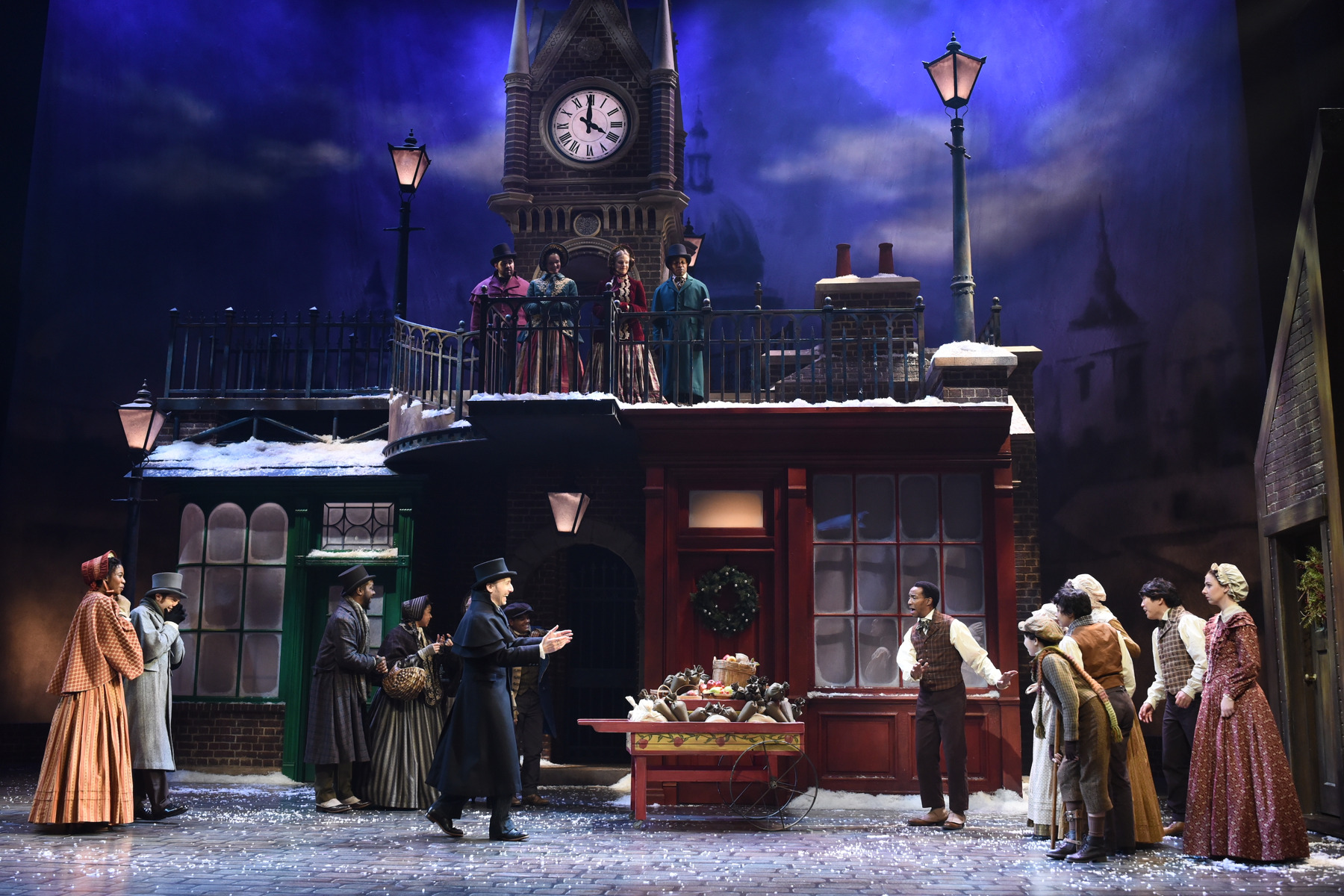 Atlanta, December 20, 2021 – The Alliance Theatre is the leading producing theater in the Southeast United States, having produced more than 100 original productions since its founding in 1968. Since its beginnings, the Alliance has drawn local and national audiences of all ages by producing a diverse range of musicals and theatrical works — each of them anchored by the highest possible artistic and production values. Now, the Alliance reemerges stronger than ever, with the world premiere of Darlin’ Cory and a timely adaptation of Dickens’ A Christmas Carol.

Clay Benning is the Resident Sound Designer of the Alliance Theatre, responsible for audio at the facility’s two theaters, as well as sound design for many of the theater’s productions. “In a typical year, we produce somewhere between 10 and 14 productions — these can be plays, musicals or other new works,” he says. Very often, the Alliance Theatre serves as a tryout theater for Broadway, and about 60 to 80 percent of the shows the Alliance produces are original. “Usually, our performances will be the full theatrical productions outside of a workshop. Some of those shows have included A Color Purple, Sister Act, Bring It On: The Musical, Tuck Everlasting.”

The last several months afforded Benning and his production staff time to evaluate the technical needs of the Alliance’s latest production: A Christmas Carol, which is in performances now until Christmas Eve. “It’s a huge production,” says Benning. “The last production of a Christmas Carol had run for 20 years, so this is the first time since 1999 that we’ve built everything new from scratch.” In doing so, Benning and his production team fortified its arsenal of wireless audio to include 34 channels of Sennheiser’s Digital 6000 wireless system.

“As far as the audio was concerned, the major thing we had to do was move to wireless microphones for the entire cast, which was not part of our last production of A Christmas Carol,” says Benning. “We had been running older Sennheiser wireless for years and years and it has been great, but considering the shift in the spectrum landscape and the agility of the newer Digital 6000, the time was right to replace.”

An investment in sonic excellence

While the Alliance has always recognized the quality and reliability of Sennheiser wireless, the tipping point to purchase the new system coincided with Sennheiser’s introduction of the new SK 6212 mini bodypack transmitter. “That’s really what we need in a theatrical environment — to be able to hide the transmitter packs in wigs, costumes, and things like that,” he observes. Aside from the diminutive size of the SK 6212 bodypack, Benning also appreciates its battery life, which helps make rehearsals more efficient. “We can typically run a whole day of rehearsals on a single battery charge with no swaps,” he says. “That has made life easier for my staff because they’re not changing batteries as much and can see exactly how much time is left in the battery. We monitor this through Sennheiser’s WSM, which automatically talks to all the receivers.”

Being Atlanta’s ‘national theater’ has both advantages and challenges. Atlanta is a major metropolitan sports and media hub, chock-full of RF congestion. “We are located in midtown Atlanta, so we are right in the middle of everything,” Benning says. “As a result of the recent frequency repacking, we only have three TV channels available.” Since Sennheiser’s Digital 6000 features intermodulation-free operation using an equidistant frequency grid, this allows the production staff much more latitude in finding and locking in frequencies. “Because you can pack things in so tight on the Digital 6000, bandwidth hasn’t been a problem and I think we still have room to spare.”

Having more than 30 channels on stage has become a regular occurrence and Benning admits there was a bit of a learning curve involved: “Once we had our antenna placement figured out, everything fell into place,” he says. He was particularly impressed with the pristine audio signal: “The thing that I like most about the Digital 6000 is that you don’t hear any of the electronics. There is no companding — the audio is just very clean sounding all the way through.”

Since September of 2021, the Alliance has also been running several channels of Digital 6000 wireless to support its production of Darlin’ Cory, which features a significant amount of acoustic music emanating from the stage. “There are 12 people in the cast that are wearing SK 6212 bodypacks with microphones, and then we have a fair number of acoustic instruments with pickups given the nature of the show,” Benning explains. “We have three or four acoustic guitars, some mandolin, and some dulcimer. The majority of these instruments are wireless and on the Digital 6000 and they sound great.”

While the last several months have been challenging for both the Alliance and its audiences, Benning is excited that productions are back in full swing. 2022 looks to be a busy year, with forthcoming productions including Toni Stone, Trading Places and many others. With Sennheiser’s Digital 6000 in place, he knows he couldn’t be better prepared: “We’ve been using Sennheiser wireless here for a very long time, and of course it’s an industry standard on Broadway. I knew that this system was going to make the most sense for us and we’ve never had any issues with quality, reliability, or support. My preference was to stay with Sennheiser as much as we could.”

The high-resolution images accompanying this media release can be downloaded here.